Life at the h.Art of the country

More than 130 artists will open their studios to the public next weekend Terry Grimley explains.

More than 130 artists’ studios and exhibition spaces across Herefordshire will be throwing open their doors this weekend as part of the county’s h.Art festival.

The event, which runs from Saturday until September 20, showcases the remarkably rich range of art and craft produced in this deceptively sleepy border country. It is bigger than ever this year and opening times have been standardised to simplify visiting.

The range of activity covered includes calligraphy, land art, banners, automata and paper cuts alongside painting, ceramics, sculpture, photography, textiles and jewellery. It’s an opportunity for art-lovers to jump into the car and make a circuit of studios, share a chat and a cup of tea with artists, possibly try their hands in a workshop and hopefully come home with a piece of art or craft bought direct from its maker.

There are numerous first-time participants, alongside many regulars. The old hands include sculptor Lottie O’Leary and her stonemason husband Will, who are effectively honorary Herefordshire artists since their studio at Knucklas is just over the Welsh border.

“We’ve been doing h.Art for four years now and we enjoy doing it,” says Lottie. “It’s nice for people to come and visit – I think people like to go and see where people work.

“Most of our work is memorials. We don’t have work to sell, because it’s all done to commission, but someone may come one year and a relative might die three years later and they will dig out our card and commission a work.

“The only snag for us is that we never get a chance to go and see anyone else – especially this year, because it’s a new requirement that we’re open every day. I keep thinking I want the week off!”

In past years, Lottie and Will have joined nearby makers to host a mixed exhibition including glass, ceramics and paintings as well as their own work. This year, they have been somewhat distracted because – and this is something I don’t get to write very often – they have recently bought a castle.

They are leading members of the Knucklas Castle Community Land Project, which last autumn acquired 17 acres of hilltop, including the remains of Knucklas Castle, a scheduled monument, plus 4.5 acres of pasture.

“It’s an earth mound, basically,” Lottie explains. “There’s nothing above ground – it’s a mound of grass.

“We heard last year that the local farmer was selling it. There are local trusts being set up all over the country, so we had the idea of setting up a common land trust. We held a meeting before the auction to see what kind of response we would have and they pledged about £5,000; on top of that, three couples put money into the land.

“It went under the hammer at the end of November last year. We set up a committee and we’re due to have an annual meeting in November. We already have 20 allotments up and running on part of the site, we are going to be planting a community orchard this winter and we are developing a five-year archaeological plan. It’s exciting because the castle has never been surveyed, never been dug.”

A piece of twisted metal ploughed up in a nearby field in the 1950s turned out to be a Bronze Age torque which is now in the National Museum of Wales. But it is likely to be five years before archaeologists cut the turf on the top of the hill.

As well as opening their workshop to visitors, Lottie and Will will be taking their art into the fields, where Lottie will be working on figurative sculpture.

Sculptors Richard Harris and Mark Richards and local greenwood sculptor Thorius Ridge will all be placing work around the hill for the duration of the exhibition. 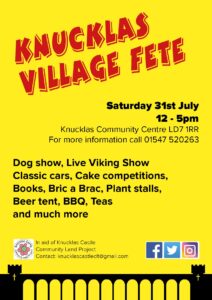 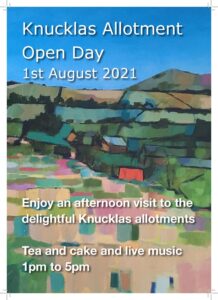